The Robin Hood is one of the oldest buildings in Tring, dating back to the 17th century with a wonderful beamed exterior it’s an absolute delight.

It has been much altered over the years. In the 1841 and 1851 censuses an elderly widow, Ann Tompkins, was the publican. Living with her was her daughter, Elizabeth, and son-in-law Henry Beckett who later took over as the licensee.

By 1881 the licensed victualler was Joseph Twernlow from Staffordshire and he lived there with his Boxmoor born wife, Sarah, six cousins, a niece and two visitors. 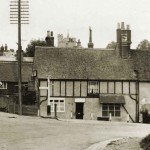 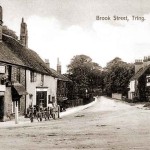 Just a year later Robert Richardson had taken over and by the 1891 census it was Charles Harrison who was the ‘licensed victualler’. He came from Ivinghoe and it was from Roberts and Wilson’s brewery in Ivinghoe that the Robin Hood received their supplies. Charles was there with his wife, Sarah, from St Albans.

In 1899 the local trade directory listed James Horwood as the licensee and a year later his daughter, Rose, married Thomas James Pearman from Abbots Langley. Thomas, 28 years old in 1901, took over as victualler of the Robin Hood, and there were Pearmans there for most of the first half of the 20th century. Thomas was a keen photographer and had an outdoor studio at the back of the pub. Several of these photographs still exist. An interesting one is of William Rance a retired carpenter from the Rothschild Estate. 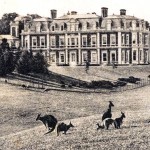 Just a stones throw from many historic sites, wonderful walking in Tring Park open all year and free!

Finally, after absorbing the beautiful parkland, nature reserves and architecture throughout Tring, why not take a break in one of the town’s oldest inns, the 17th Century Robin Hood,

Tring Mansion is not open to visitors but the Rothchild’s Waddesdon Manorhome, near Aylesbury, is open to the public and houses one of the finest collections of French 18th decorative arts in the world. 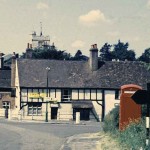 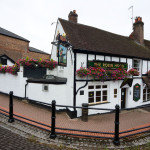 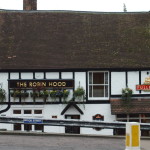 Tring is located just over thirty miles from NW London on the A41 between Hemel Hempstead and Aylesbury. The Walter Rothschild Zoological Museum, Akeman Street, Tring, is open Monday to Saturday 10am – 5pm and Sunday 2pm – 5pm.

This drug works by relaxing the muscles of your heart. Other medicines are used to treat inflammation caused by allergic reactions. How you can get detailed info about generic viagra online canadian pharmacy and buy viagra from canadian pharmacy? Most doctors believe the effectiveness of Viagra is well documented. A diffuse sexual complaint among men is the erectile disfunction. Impotence can be an early warning sign of another medical problem. Whereas the erectile dysfunction itself isn’t necessarily severe, erectile dysfunction is sometimes one of the first symptoms of other underlying health conditions that can be very strong.